Selenium is the most widely used open-source test automation solution at the present time, for automated web application testing. The Selenium automation testing suite includes features to control most browsers and operating systems, operating on most popular programming languages and testing frameworks. Organizations utilize Selenium automation tools to create robust web browser automation. Selenium also provides a test domain-specific language (Selenese), so that users can write tests in quite a few popular programming languages. These tests then test against most standard web browsers. OS X, Windows, and Linux platforms use Selenium. Apache 2.0 license allows developers to download and use it free of charge.

Use Selenium test automation for rapid integration into your engineering platform

Integration with both popular Java build tools Ant and Maven.

Automation through data-driven or hybrid approaches.

It helps us to optimize our Selenium test suite to cover more test cases in less time.

Our Skills and Matrices

We can assist you with the identification of when & what to automate, creating robust, reusable test cases, executing, and enhancing regression tests, and maintaining automated tests along with application changes. This will enable you to achieve optimum automation coverage of your application, accelerate time to market, reduce operational costs, and realize your quality vision. 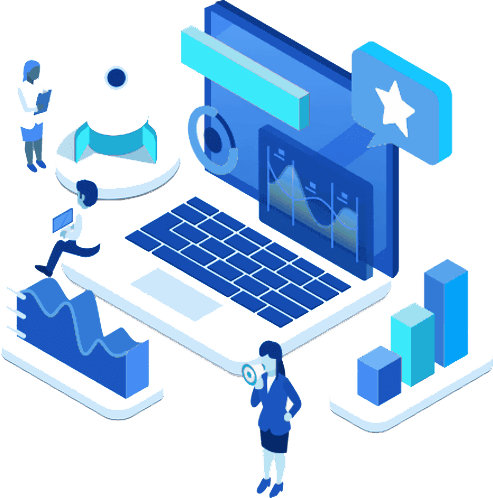 Selenium is an automated software testing tool that is portable and open-source for testing web applications. It has the ability to function on various operating systems and browsers. Selenium is a collection of tools that testers can use to more effectively automate web-based applications.

Selenium is made up of various software applications. Each plays a particular part.

It is the newest component of the Selenium toolkit and represents the project's future direction. This new automation tool offers a ton of awesome features, such as a more unified and object-oriented API and a solution to the shortcomings of the previous implementation.

The result of that work is Selenium 2.0. In order to give you the greatest amount of flexibility when porting your tests, it supports both the WebDriver API and its supporting technology, as well as the Selenium 1 technology. For backward compatibility, Selenium 2 continues to use the Selenium RC interface from Selenium 1.

WFor a long time, Selenium RC was the main Selenium project, until the WebDriver/Selenium merger resulted in Selenium 2, the newest and most powerful tool.

Selenium IDE (Integrated Development Environment) is a tool for prototyping test scripts. It is a Firefox plugin that offers a simple interface for developing automated tests. Selenium IDE includes a recording feature that records user actions as they occur and then exports them as a reusable script in one of several programming languages that can be executed later.

Selenium-Grid enables the Selenium RC solution to scale for large test suites and those that must run in multiple environments. Selenium Grid allows you to run your tests in parallel, which means that different tests can be run on different remote machines at the same time. This has two benefits. First, if you have a large or slow-running test suite, you can significantly improve its performance by dividing your test suite and running different tests on different machines using Selenium Grid. Furthermore, if you need to run your test suite in multiple environments, you can have multiple remote machines supporting and running your tests in them at the same time.

A dedicated team spends several days working with you to comprehend the ideas and parameters of your project.

The needs of the user come first. Our products are made in accordance with industry-accepted standards for user-experience design.

In Agile environments, solution architecture is frequently questioned as being redundant; however, some upfront analysis is necessary for solution effectiveness.

Once the design has been approved by all project stakeholders, our dedicated team then works on the specific requirements mentioned by the client to build the product.

Be prepared to see your completed masterpiece! Our experts launch the final product on the appropriate app stores and web browsers after all testing is finished and incremental quality assurance has been performed.

We keep an eye on the application and its environment, regularly backup data, and update software and hardware to make sure the product continues to function properly.

Ready to reach your peak?
Contact us today for an initial consultation.

We know that every company is unique. That's what makes you special. Our philosophy is to understand that special miz that makes your company so amazing, and then implement systems that enchance your team and services. We strive to become a part of your organization, understand your caompany culture and champion your unique abilities.

Only through this knowledge are we able to implement systesm and services that will help your business grow and flourish. We want you to be successful. We ensure your systems are working for you and with you, while you worry about your customers and business. Let's partner together to help you and your bsuiness reach great heights. Contact us today for a one on one discussion about your business.